YouTube channel growth and vlogging can be challenging for beginners. Beginner vloggers who wish to succeed must have the ability to vlog in public. Although vlogging in public places can be intimidating, it is necessary for most types of videos here we bring the Tips for Vlogging in Public for Beginner. Everything plays a vital role in creating a Vlog you must choose the Best Vlogging Camera, Best Drones for Video, and Best Gimbal for Android & iPhone, etc. Your chances of achieving success will be harmed if you are not capable of capturing video footage in public.

Find a relatively quiet location and practice capturing video footage there before vlogging in public. Your fear of recording in public will disappear with time as you become more comfortable with having your camera out in public. While filming, wearing headphones or glasses can also help you feel safer and more anonymous.

Public vlogging is not something everyone feels comfortable doing at first. The ability to speak in front of a camera requires a lot of practice and patience. Video recording in public places can be made easier with some simple steps. Get here the general, easy but very crucial Tips for Vlogging in Public for Beginner:

How to Vlog in Public Places

In public places, vlogging can be quite intimidating. When was the last time you saw someone addressing a camera in public? The process can be made easier by creating an outline before you begin filming and choosing the right location.

Listed below are the Tips for Vlogging in Public for Beginner that every vlogger needs to know to be successful.

1. Prepare an outline for your video

When filming YouTube videos in a public location, creating a video outline can make the process much easier. Making a plan for what you want to say will eliminate guesswork, allowing you to record videos more quickly and without errors.

2. Set up and organize equipment before the event

When recording videos, nothing is more frustrating than recording equipment that doesn’t work properly. Make sure your Gimbal, Camera, Phone and Tripod, etc settings are appropriate for the environment where you will be filming before attempting to vlog publicly. As a result, you do not have to fiddle with settings while in a foreign location.

3. Choosing a good location for filming

Vlogs are sometimes filmed in busy locations by content creators. Video footage does not have to be captured at the busiest location in your town. If you want to record your vlog videos in a quiet location, such as a park or schoolyard, you are welcome to do so. Many vloggers record their videos in this manner at the beginning.

Successful Vloggers sound so confident when they record their videos – even in public. It’s like they’re talking to someone else when they speak to their cameras! The importance of filming with confidence if you wish to create high-quality videos becomes apparent when you compare it with non-confident vloggers.

5. Make a plan before you start recording.

A daily vlogger who is confident always knows what to say. Plan what you’re going to say in your head before saying it out loud to eliminate the “ums” and “uhs”.

In that case, you will need only a few takes to get it right when you press record.

6. Feel more at ease by bringing a friend.

Bring a friend or three or four along to help you make your vlog more natural. As a result, you will be able to engage the participants behind your camera as well.

The experience of filming with friends will also be more enjoyable for you! Collaboration with other YouTubers is possible if you bring them along.

It’s common for new vloggers to feel nervous about posting to their YouTube channel. To solve this issue, we are with you with Tips for Vlogging in Public for Beginner, it is recommended that you wear headphones to block out noise and glasses or different clothing to increase your anonymity. You should just take care not to lower the quality of your videos by changing your appearance with clothing and accessories.

9. Take footage when leaving a location

Video footage is often easier to capture after leaving a store than after entering. Regardless of what someone thinks, you’re leaving anyway, so even if they see you vlogging, it won’t matter since you’ll be leaving. Making public vlogging easier can be achieved by recording footage while leaving.

Is Vlogging Leagal in Public?

Have you ever wondered if vlogging in public is illegal? Vlogging in public places is common among creators, but is it legal? To ensure that no other people appear in your vlogs, perhaps it’s best to record them in private locations, like your own house or in a forest.

Vlogging in public is legal, but you should not include people who do not want to be there in your videos. Thus, you must ensure that someone does not appear in your videos if they request not to. Be careful not to record videos in private areas such as bathrooms, as it is illegal.

You won’t have any problems vlogging publicly most of the time. If someone requests you to delete your video footage, do so and move on. Although re-recording videos can be annoying, the issues that can arise if you don’t delete your footage aren’t worth it.

When filming in public, you should avoid recording other people. Always point your camera at yourself instead of other people. There may be people who walk by you and get caught in your footage, but legal issues and negative attention will not usually result.

How to Overcome the Fear of Vlogging?

If you wish to become a successful vlogger, you must overcome your fear of vlogging in public, that’s why we bring you Tips for Vlogging in Public for Beginner. Failure to follow these guidelines could limit your ability to create certain types of videos, resulting in slower growth of your channel and a lower chance of success.

Overcoming the fear of vlogging in public requires you to force yourself to do it. The more videos you take, the less likely you will be to suffer from public filming anxiety. Even though the process may seem intimidating at first, it will become more comfortable with practice.

It can be helpful to look at videos created by popular vloggers when they started their channels. When they first started, most vloggers were in the same position as you. You can learn a lot from watching their newer videos after that.

It isn’t common for people to talk to a camera. The format is becoming more popular among vloggers and well-known. Due to this, don’t make yourself feel weird by making vlogs. A growing number of people are turning to vlogs as a way to express themselves.

Most content creators find it challenging to vlog in public places. Filming videos around other people poses a challenge to many creators, which negatively impacts their ability to consistently produce videos. The following tips will help you avoid this issue and make video footage captured in public more efficient.

Can we vlog in public?

If you’re unsure about the rules in your country, check out the law to avoid any issues. As long as you’re not disturbing other people or violating their privacy, vlogging in public is okay.

How do you vlog without being shy?

How do I vlog my confidence?

Can you make a vlog without showing your face?

Having persuaded them, you want to start your YouTube channel, but one thing is holding you back: your fear of being in front of the camera. I have a question for you. Should I show my face in YouTube videos? I would say yes without a doubt

How do I get confidence in front of my camera?

Here are 7 tips to help you feel comfortable and confident in front of the camera.

How do you speak confidently to a camera?

How do you vlog for beginners?

A guide to starting a vlog that’s always relevant

Yes, of course! Generally, people prefer to watch someone who is comfortable or even goofy and doesn’t mind messing up over someone awkward or easily embarrassed. You can practice and get over any awkwardness and discomfort depending on where you vlog (at home vs in public).

Can I vlog without talking?

Silent vlogging, however, involves creators hiding their faces and voices rather than focusing on self-promotion. Oftentimes, people do not display their physical appearance when making a video in this format.

How can I speak more confidently?

Learn lessons from watching TED talks to speak like a pro

What are the 6 types of vlogs?

Vlogs of this type are the most popular.

How do introverts vlog?

Introverts will find these vlogging tips useful. Starting a vlog is as simple as finding what makes you happy and recording it. Keep your comfort zone in mind and don’t listen to people who always try to push you outside of it. Choosing a topic is the first step – go deep and have fun!

How can I be photogenic?

What can you do to make your face more photogenic

Why are my videos not getting views?

The video tags you used were incorrect.

Those videos that appear on the first page of search results will gain the most views, while those at the bottom will get little to no attention. Therefore, your video should also be well optimized. It is also important to make sure that your video is tagged correctly.

How do you introduce yourself as a vlogger?

The first post in your vlog series should introduce you, explain the topic you are going to vlog about, and give reasons for your choice of topic. However, this does not mean you should simply state these things and then turn off the camera. Rather, explain yourself and try to tell a story about it.

Your videos are buried at the bottom of YouTube’s search results because it is burying them. Channels with fewer subscribers and total watch time are usually deemed more suitable for smaller circles such as family and friends by YouTube algorithms. The search engines then rank other videos above these, even though they may not be relevant.

How can I make my YouTube channel grow faster?

You should upload videos to YouTube three or more times per week, especially if you are just starting. You can quickly raise the rank of your channel in the algorithm by posting multiple times each week

It takes practice and time to learn how to vlog comfortably in public places. We hope our article on Tips for Vlogging in Public for Beginner surely answers your doubts. It will be strange at first to record videos in public places, but the process will become natural over time. Remember, even the most popular YouTube vloggers are never completely comfortable vlogging in public. 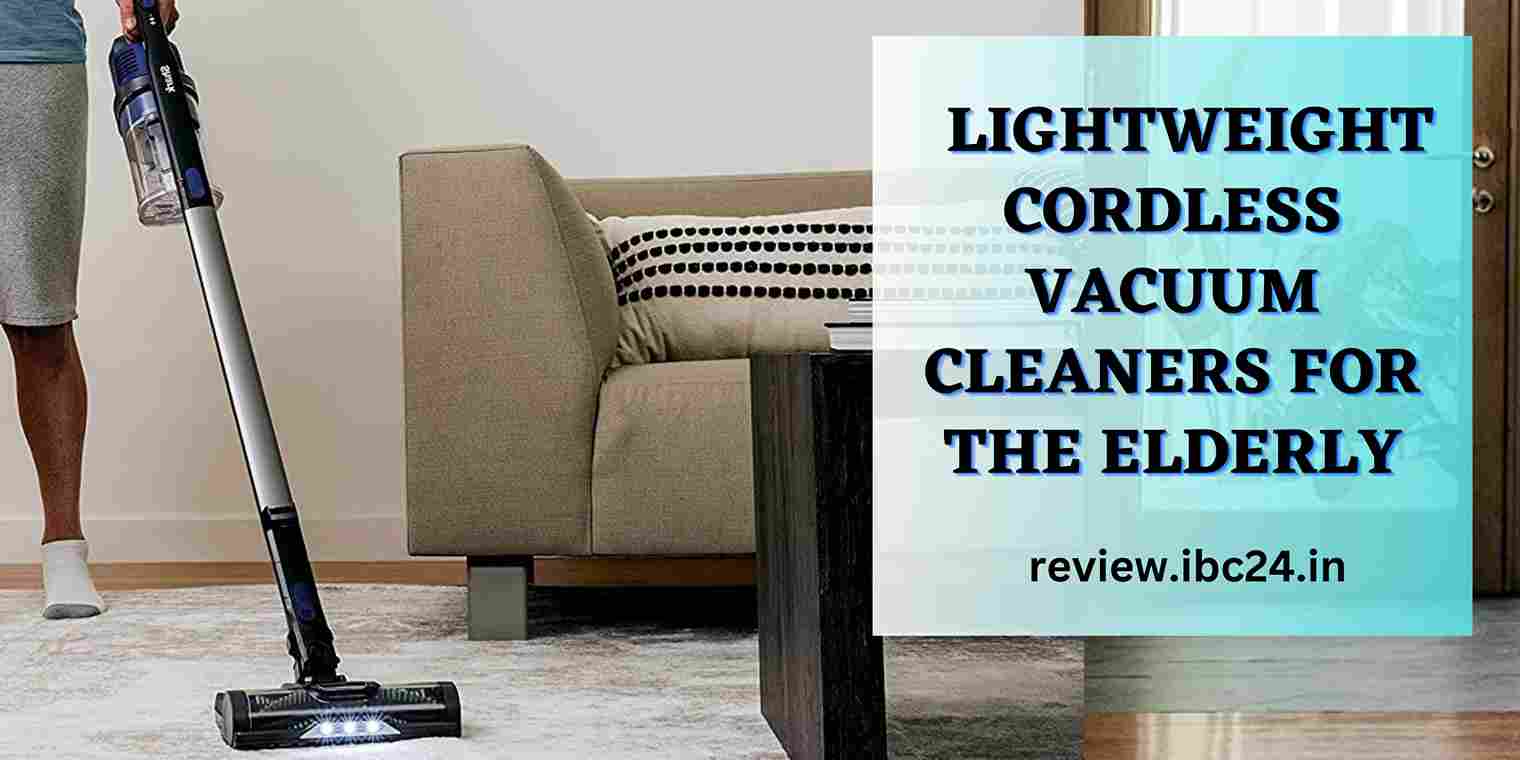 What is the Best Lightweight Cordless Vacuum Cleaner For Elderly 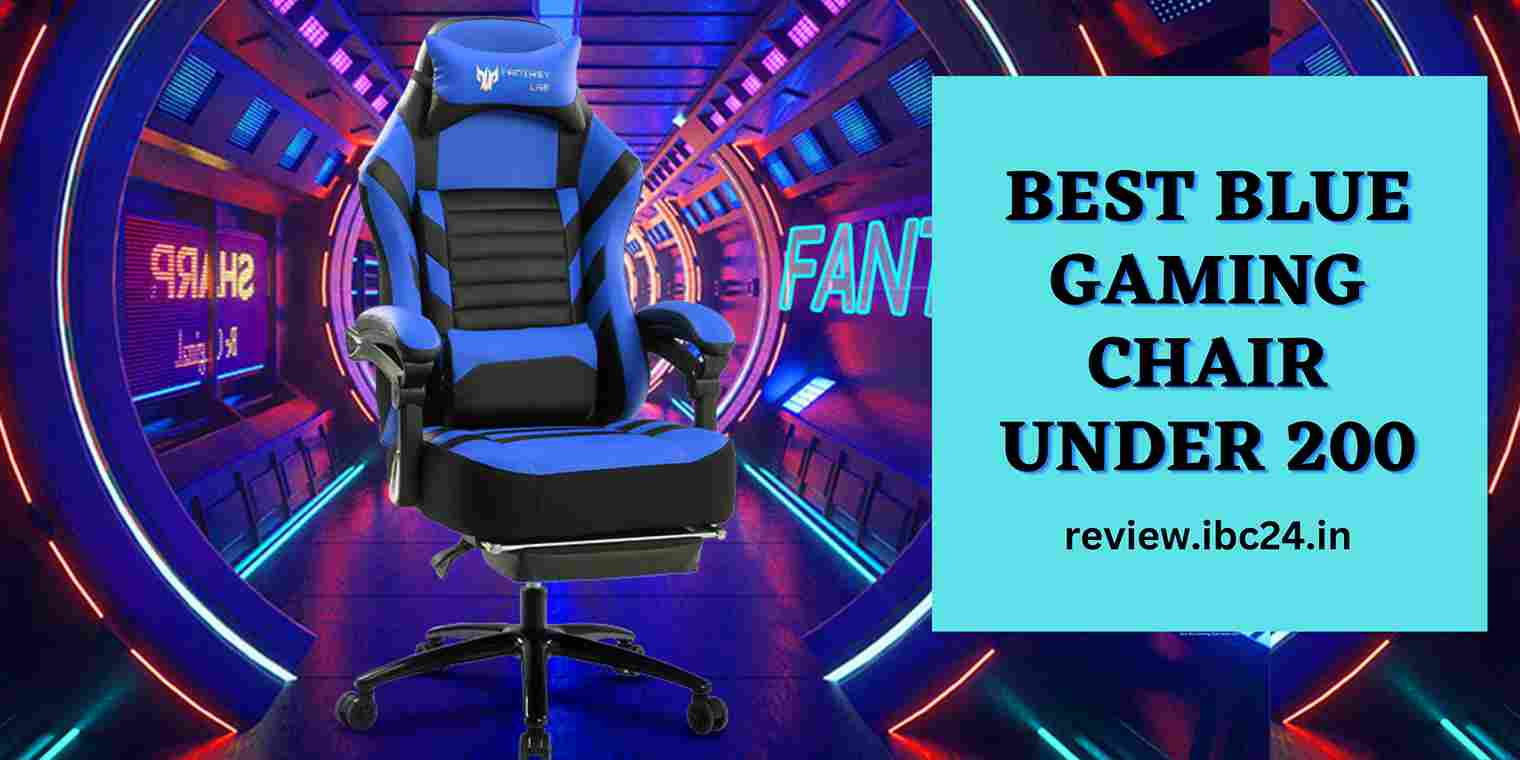 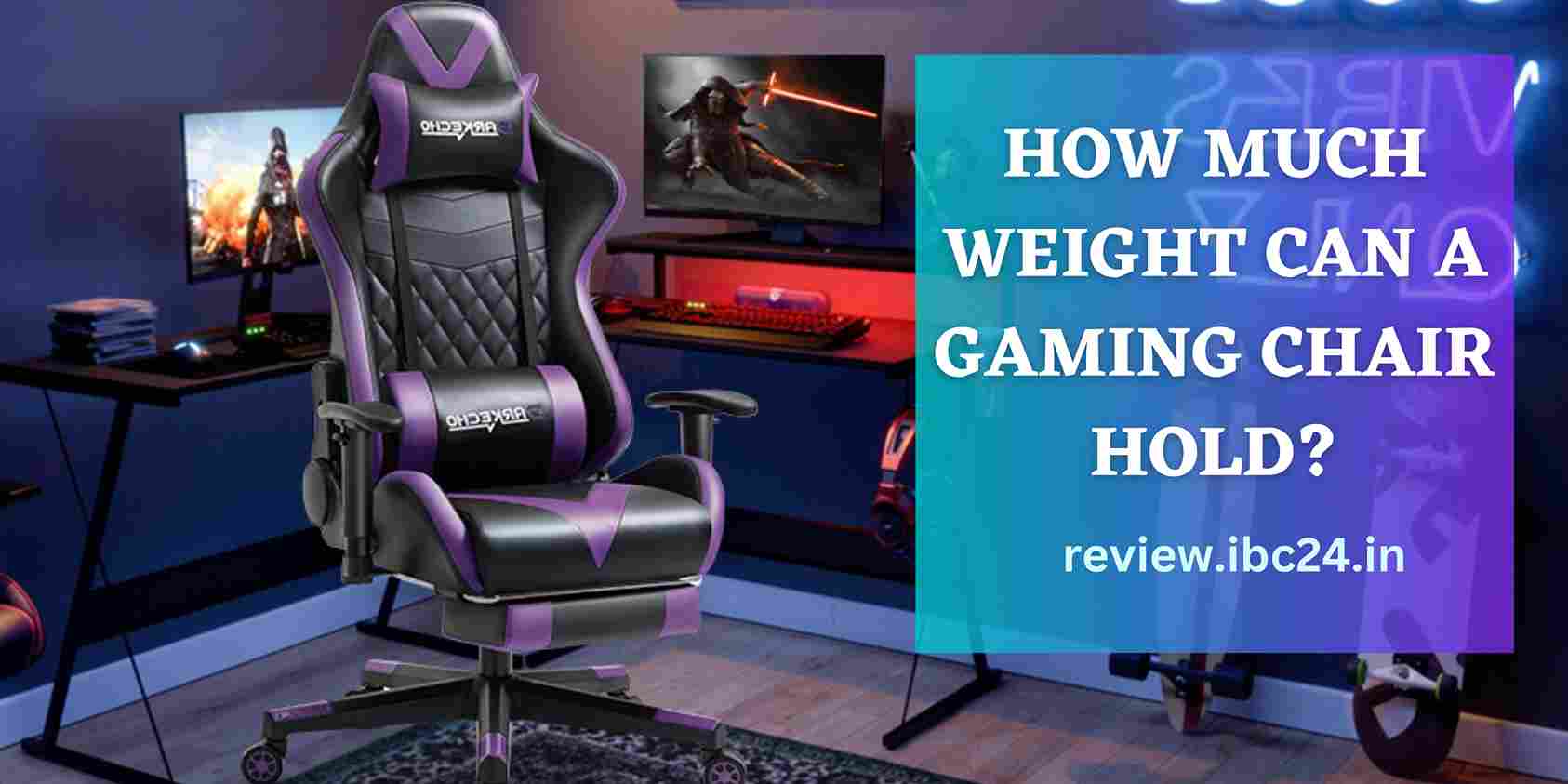 How Much Weight Can a Gaming Chair Hold? 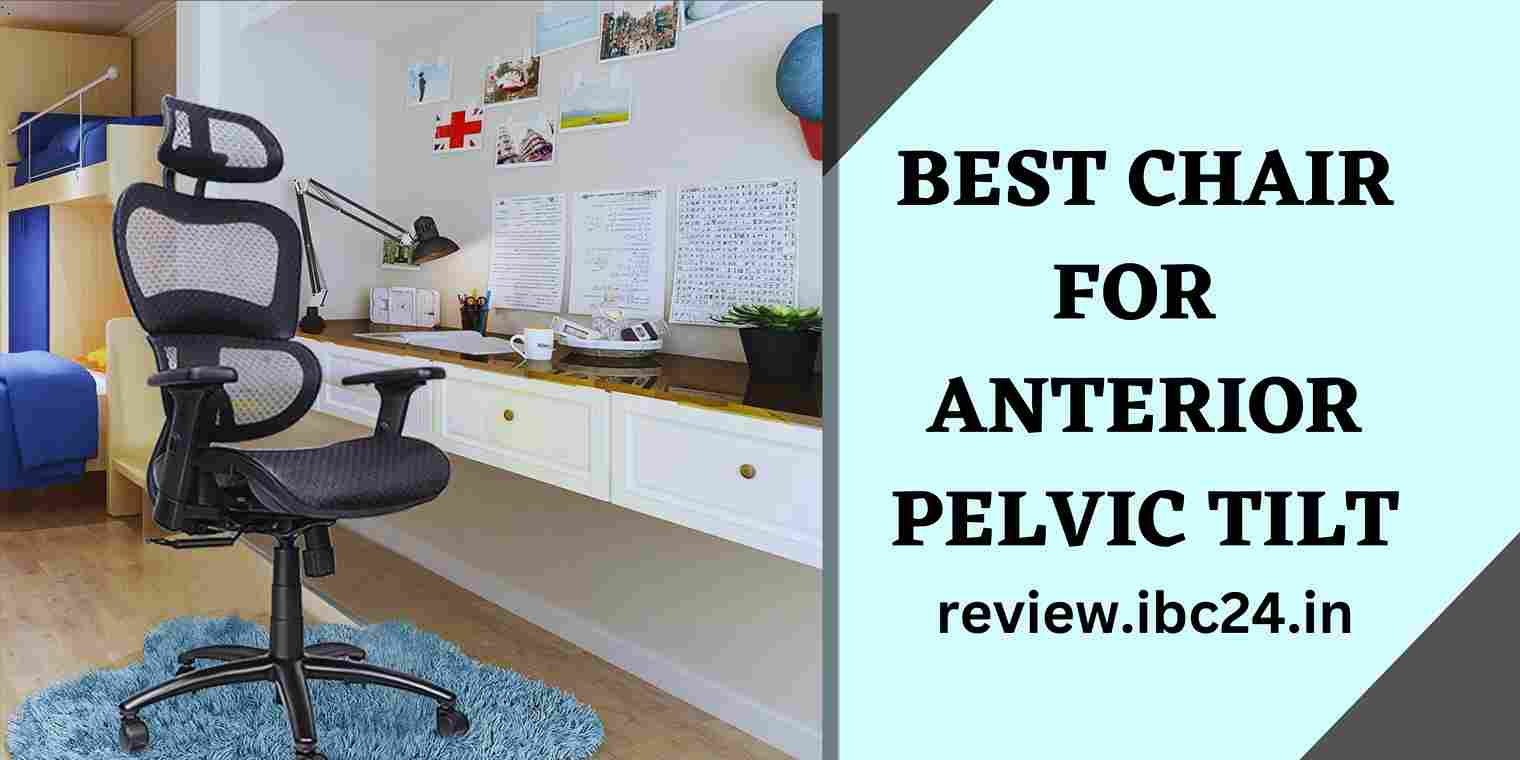 Join our 868,537 subscribers and get access to the latest tools, freebies, product announcements and much more!